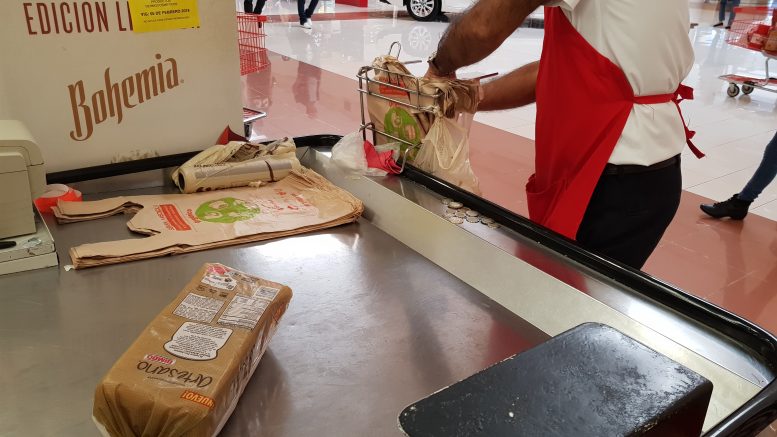 When we first moved to Mexico, I couldn’t help but notice that most of the baggers in grocery stores were senior citizens.

At first, I assumed that they were paid employees of the store, but I later learned that they are all unpaid volunteers. The only money they make comes from the tips that they receive from shoppers.

In Mexico, many senior citizens need additional income to make ends meet but it’s not easy for them to find employment.

To help alleviate this problem, the Mexican government created a program in 2003 where people over the age of 60 could work as volunteers bagging groceries to make extra money. The program is managed by the Instituto Nacional de las Personas Adultas Mayores (INAPAM).

INAPAM has established agreements with grocery store chains across the country to provide them with volunteers.

How Much They Make

Typically, people only tip a couple of pesos per bag. Depending on the exchange rate, one peso is the equivalent of 5 cents in the United States.

The other day, I was in a grocery store in Tulum, Mexico and I noticed that most people were paying with credit cards. Without any loose change at their disposal, they just said “gracias” to the bagger and left without tipping. The moral of the story is this: Even if you’re planning on paying with a credit card, always remember to bring some some old fashioned money, also known as cash, so you can tip these hard-working individuals.

Moving to Mexico: A Look at Apostilles